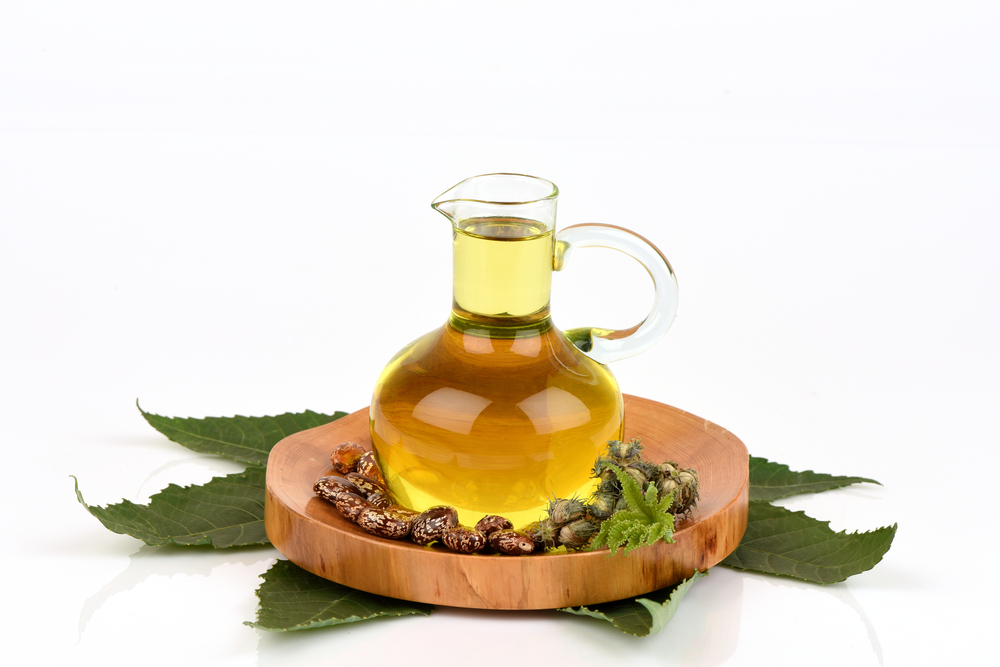 One of the better-known uses of castor oil is in the relief of constipation. This painful condition poses health threats it not treated promptly. A dose of fifty grams of castor oil mixed into warm milk (perhaps with a little added ginger) gets the waste moving through the colon out of the system. Since castor oil happens to be so rich in fatty acids, it does not easily get absorbed in the intestines, and so it performs its bowel emptying function very effectively. However, be careful not to overdo the dose as too much castor oil can also be harmful.

2. Provides a booster to your natural immune system

The human body’s immune system defends it against infection and disease. Weak immune systems expose you to a range of potentially serious risks. The strength of your immune system depends in part on diet, exercise and genetic factors. Any substance that boosts this system’s effectiveness performs a valuable service. The benefits castor oil brings in this context include improved blood flow, encouraging the creation of the lymphocyte white blood cells that fight bacteria, and enhancing the health of the thymus gland.

3. Helps ensure that you get a good night’s sleep

Problems of insomnia are nothing new, but twenty-first-century lifestyles seem to have aggravated them. So many people seem to find it hard to get to sleep and have sufficient sleep. The wide use of sleeping tablets shows so many trying to overcome insomnia. It is definitely much safer to try a natural insomnia cure. Castor oil advocates claim that rubbing the eyelids with castor oil at bedtime relaxes the body and this encourages you to fall into a refreshing sleep.

4. Aids the body to fight off fungal infections

The undecylenic acid found in castor oil helps to stop the development of fungal infections. The natural medicine experts believe that it offers a cure for common yeast infections and athletes foot. It receives many recommendations for its role as a good treatment for ringworm. Statistics show that almost one out of five people get this skin condition at least once in their lives. Castor oil offers a safe means to kill off this infection without raising the concerns associated with some of the drugs supplied by pharmacies.

Anyone exposed to strong sunlight for a period should protect their skin with clothing and suntan lotion. Nevertheless, it is difficult to avoid painful sunburn every time, so it is good to know that castor oil helps relieve sunburn pains. The ricinoleic acid it contains guard blistered skin against infection. It also reduces the inflammations sunburn so easily causes. Just make sure you do not apply too much castor oil to your skin since overuse can also do damage.

6. The cosmetic value of castor oil

People have discovered that castor oil can help to improve their complexions. For example, some use as a remedy for that blight of the teenage years, acne. The ointments commonly sold in pharmacies usually contain commbenzoyl peroxide and salicylic acid that dry out the skin. In contrast, castor oil moisturizes the skin while cleansing it. Some use it as a general facial cleaner to remove spots and dead skin. However, since a few people might have an allergy, apply a small patch of castor oil to your arm. Leave the oil in place for a day, and if there is no allergic reaction, you know it is safe to use on your face.

7. Aids a woman to give birth

While the complications of premature births receive plenty of publicity, it is also not so healthy for a birth delay that does far past the due date. Doctors induce birth after a certain amount of time passes, but this can be very unpleasant. If the expectant woman drinks a spoonful or two of castor oil, it could stimulate the bowels and start contractions. Yet because of the risks of taking too much castor oil, or setting off an allergy, only use this birthing aid with a doctor’s knowledge and approval.

8. Get rid of that migraine

If someone suffers regularly from migraines or headaches they should get a checkup – perhaps all they need is a new pair of spectacles, or they have a more serious health issue. For those who get an occasional headache, castor oil offers real relief. Take a teaspoon of the oil and rub it into your forehead for a minute. Those painful migraine symptoms start to become less severe within a few minutes of this treatment.

9. A possible remedy for hair loss

The search for a cure for hair loss has occupied people for ages. Instead of seeking a solution in some mysterious compound marketed by someone with dubious medical qualifications, humble castor oil could offer a cheap and effective solution. If applied to hair roots on a regular basis it can improve hair and scalp quality, and even encourage hair growth.

Could castor oil have a role to play in treatments of painful and potentially debilitating arthritis conditions? The idea sounds very strange, but natural healers say that it contains anti-inflammatory substances that help relieve arthritis pains. They suggest the sufferer massages affected joints with castor oil, and for maximum effect, drink a few teaspoon of castor oil mixed with warm water.